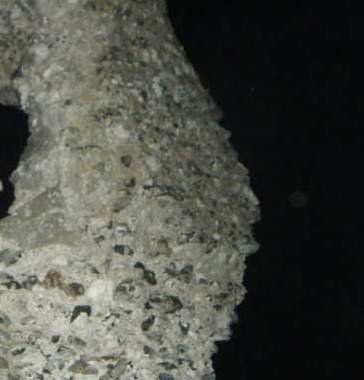 We arrived at Bramber Castle at 21:40 hours in the evening which had a slight chill in the air, you could hear the rustles of the tree's as the breeze was fluffing through them. We walked up the dark drive into the ruins of Bramber Castle, as we walk up the drive and pass a church that was built in 1073 by the De Broase family as part of the residence grave yard and holy church. We walked up to the last standing part of the Castle at which it was lit up by some show lights, it was very chilly as I was taking some photos of the surrounding areas and of the ruins of Bramber Castle. We walked further into the grounds of the Castle which has a wall flowing round the outside of the greenery. We called out to see if we would get a reply, but to no surprise we didn't hear anything, although there were a very strong sense of being watched. Bramber Castle is said to be haunted by Williams children, who walk around begging for food.

King John had taken William De Broase children and locked them in Windsor Castle where he starved them to death. It's said that King John was after the execution of William who had betrayed him.

We started making our way back down the Castle entrance passing the church once again; I took some photos of the graveyard which is still open to the public to this day. A feeling of being watched was still over us as we left through the stone wall gates. Looking back into the grounds of Bramber Castle brings a feeling of sadness knowing that the children of this once home castle were starved to death and still to this day wait at their home for an absolution that would never come. We feel Bramber Castle will be worth coming back again on a later date.