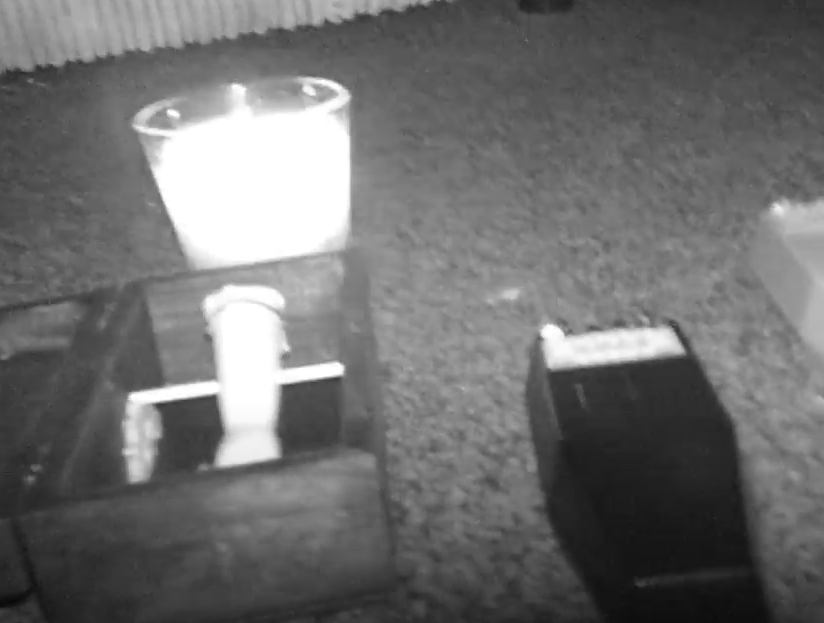 Thermal-Imaging camera - Used to take various images across the house.

On Friday, 6th August 2021, The Paranormal Finding Hauntings team received a distress call from a client claiming that his apartment had seen a spike in unusual activity and had captured video proof of it. The following day, team member Owen Luxford spoke to the client via phone and gathered the essential details in an interview. The team asked the client to continue recording evidence until they felt they had enough to base an investigation on. This would turn out to be, as of writing, the longest, most active, and difficult investigation that TPFH would face.

On Monday, 16th August 2021, TPFH entered the client's home at roughly 19:00 to set up our equipment within the location. As soon as the team entered, Rob, Lisa, Noah and Owen all commented individually that they felt the atmosphere was heavy and they felt short of breath. This immediately set the tone for the investigation, and was actually somewhat astonishing - The reason being that this was still a training investigation for Owen and Noah. Owen had reported that at the previous investigation, Betchworth Castle, that he didn't feel much in terms of fear or atmosphere, so the fact he, alongside other team members, felt physically impacted, was amazing.

The team begun by attempting to locate activity hotspots within the home. Robert and Lisa took the lead and begun interviewing the client to validate the location's history alongside the earlier interview. Whilst Robert did a walk with his camcorder, Lisa begun leading communication efforts. David remained in the living room setting up another recording, while Noah and Owen conducted a baseline sweep using EVP recorders and K2 EMF readers.

The night remained quiet until about 10pm. Up until this point, the team began to have doubts about whether the location was truly haunted. We would then soon be shook by one of the clearest pieces of evidence the team had ever heard. Lisa asked the spirit to make a noise wherever it currently is. Every single member of the team all consecutively heard distinct RUNNING in the attic above. This was particularly astonishing as Robert, Owen and Noah were in a separate room to Lisa and had no idea she asked this question - but still described it as clear, footstep running.

Lisa, Owen and Dave then climbed into the attic and began attempting communication using the SLS camera and Spirit Box. The SLS did pick up a figure in the attic, however the team skeptics and analysts were quick to point out it could be due to a mass of wires in the background, so we cannot confirm this as paranormal activity. After not much response, Robert then climbed into the attic and remained there alone, where he experienced feelings of dread and various noises (particularly bangs) across the attic room.

In the attic, interesting leftover documents were found that revealed the full name of the previous homeowner, who was, assumedly, the spirit haunting the home. This name was fact-checked with the client who contacted the previous homeowner's daughter, who confirmed he had died there. The attic was, intriguingly, the former homeowner's office, and by extension, where he spent most of his time.

From this revelation, the team begun communication efforts with the spirit using K2 EMF response. No intelligent responses were observed until a team member asked: "Is your name _____?" (Blanked for privacy.) and the EMF, amazingly, went immediately to Level 5. Level 5 EMF indicates a particularly strong electromagnetic presence, and is usually only seen normally when directly next to live wires or WiFi devices such as routers. Amazed, David and Owen decided to ensure the integrity of this communication by shutting down all wireless devices (Phones were already switched off), while Lisa, Noah and Rob continued further communication with the client present.

In what was one of the most memorable communications we've ever captured, we slowly deciphered that the spirit did not intend to cause any trouble for the new homeowner, but instead wanted to thank him and his friend (who later joined us on the investigation) for taking care of his daughter. This was before it was revealed that the client's friend, who had experienced the majority of activity within the home, had known the spirit's daughter at a younger age. After a final communication saying thank you to the spirit, communication was ended.

The entire team agreed shortly after this that the heavy weight on their guts had lifted and they felt peace and calm again, and to this day the client has reported no further issues.

There was no doubt, even in the minds of our skeptics and analysts, that the home we investigated was 100% haunted. The sheer amount of activity that occurred in the lengthy duration of the investigation was astonishing, and TPFH team will never forget the emotional farewell to the spirit before it was believed to have moved on.

We sincerely thank the client for giving up his time to welcome us into his home and experience one of the most unforgettable investigations we will likely ever adventure on. The spirit, based on further activity not listed in this report (Battery draining, moving/throwing objects, excessive noise and banging), has been officially classified as a Poltergeist-Class spirit by TPFH and we hope the client has no further issues.