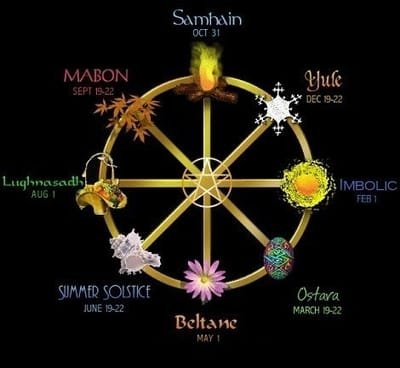 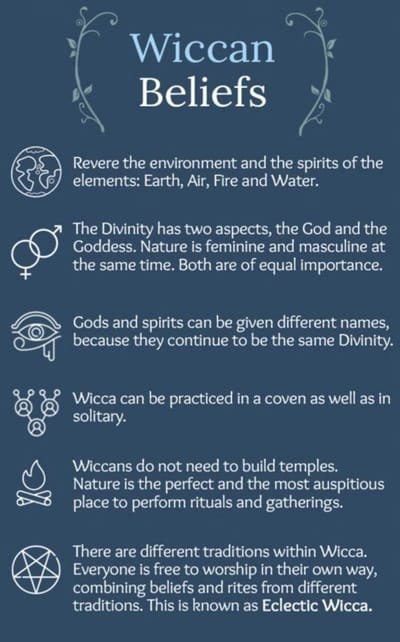 Previously known as Pagan Witchcraft now Wicca is the modern name for this religion.

This religion is recognised in many countries, including America. There are many covens of Wiccan Witches that one may wish to join, if interested in becoming a Wiccan.
You can also start your own coven, however not advised until you can confidently master your spells and the sabbath cycles of the sun and moon.
The Goddess being the Moon, with the God being the Sun, you can use the moon and sun cycles to draw power when casting spells. The Moon and Sun cycles are celebrated in the Wiccan Covens around the world as seen in the cycles image.
You can read books such as "Wicca, The Starter Kit" which includes 4 books
Wicca book of spells
Wicca for beginners
Wicca book of magic
Wiccan Magic
These books have everything you need to start your Wicca religion and becoming a Wiccan.

Wicca has belief's such as seen in the second image "Wiccan Beliefs"
Wicca can be practiced in a coven as well as solitary.
Gods and Spirits can be given different names, because they continue to be the same divinity.
There are different traditions within Wicca. Everyone is free to worship in their own way, combining beliefs and rites from different traditions. This is known as Eclectic Wicca.

I am new to the Wicca Religion and still learning at a good steady pace. It is important to take in everything in your own way. Learning spells along with the Moon and Sun cycles, the type of future you wish for yourself are all part of becoming a Wiccan.
Wiccans do not use any spells that take human rights and never against anyone's will. Although there are some spells such as to bring bad lucky to someone that has wronged you. You must never use Love Spells on someone that you want but doesn't want you, this could backfire on you. Wiccans are peaceful and are at one with the world and universe.
Wicca has been a religion for over 70 years now, although it was previously known as Pagan Witchcraft, which is the oldest religion known.
There are a few covens that one may wish to join if you look for them. Covens are often private, although some are well known in a few areas. If you wish to join a coven then you will be required to go through a ritual with the coven. A coven usually consists of 13 members, just like Jesus and his 12 disciples making 13 people. Although this is not necessary for a coven to do, it's a choice that most covens choose.
Wicca is a good way of life as it brings many people peace, love, and prosperity in it's works. Preying, Celebrating the celestials, and Wiccan Spell castings can bring you to finding yourself and your new way of life. This can take a while, however, you will eventually be living a happier and healthier way of life.